Over the past few years, Eric Wright has been organising running events called #vfit for conference attendees. The runs are 5 KM in length and suitable for all fitness levels, from sprinters to walkers.

Interop ITX 2017 was the first event to put #vfit on the agenda, and it was big. I’;m not going to count the number of people in the picture below, but I estimate attendance to be roughly 1 million. 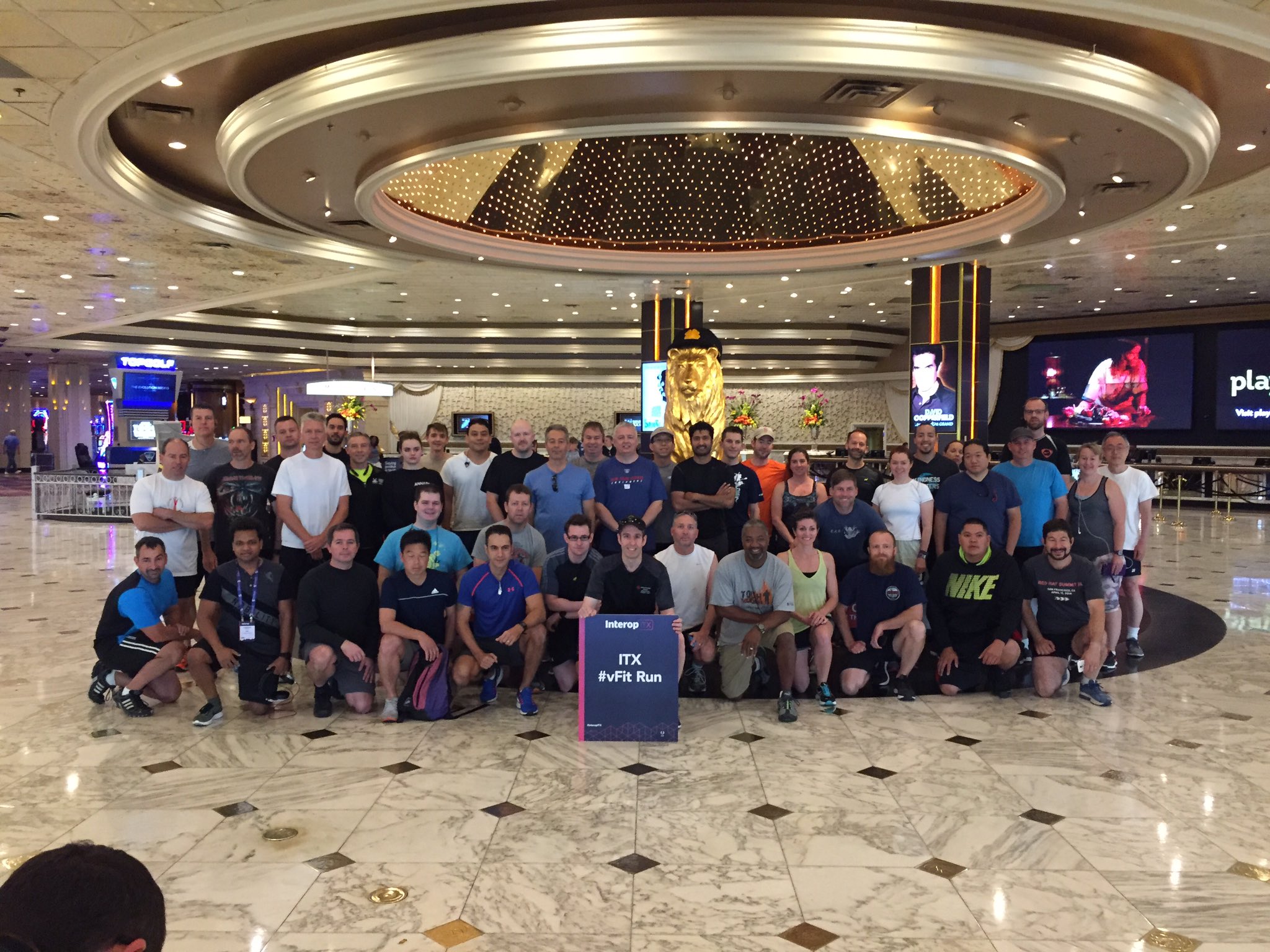 The number of attendees did make the run difficult due to footpath space and clustering of runners. If these numbers are to be expected in future events, I would like to see multiple start times to ease the congestion.

Overall the run went really well and it seemed like the attendees enjoyed themselves.

Just like Day 1, the second day of Interop had the longer workshop sessions. Workshop session ran for either 3, 4 or 8 hours. The longer session formats allow for deeper content coverage, more akin to training course rather than a conference session.

Session 1: Deploying Applications to the Cloud with Containers

The first session I attended for the day was “Deploying Applications to the Cloud with Containers”, which was presented by Scott Lowe. We started by going through best practices for containers. A major take way was that if you are not specifying package versions in a Docker file, you cannot ensure every container is the same. This extended to learning to read a Docker file and the importance of owning the stack of dependencies.

After covering the theory, Scott took the presenters gamble and ran some live demonstrations, with varying degrees of success.  The demos were:

Overall the session went really well, the content was relevant and very easy to digest. If you would like to have a look yourself at these tasks, Scott has made the scripts available on GitHub here.

The session was very hands on, with excellent explanations throughout. Attendees were provided with AWS EC2 instance to perform tasks on. As we went through the tasks the presenters explained each step along the way.

Attendees managed network devices with tools such as Netmiko, Napalm and Ansible. The lab experience was stable and excellent, excluding personal typos, everything worked as explained. We were also provided with a Vagrant image so they can practice further in their own time.

Just like the first session, the session scripts have been made available on GitHub here.

At the end of the day, the Business Hall opened for the first time. Attendees made their way around the vendor booths grabbing t-shirts while their sizes were available.

The Business Hall has been set up well, allowing plenty of room to walk about. At the back of the hall, we have been provided with a few games to pass the time and have a laugh. 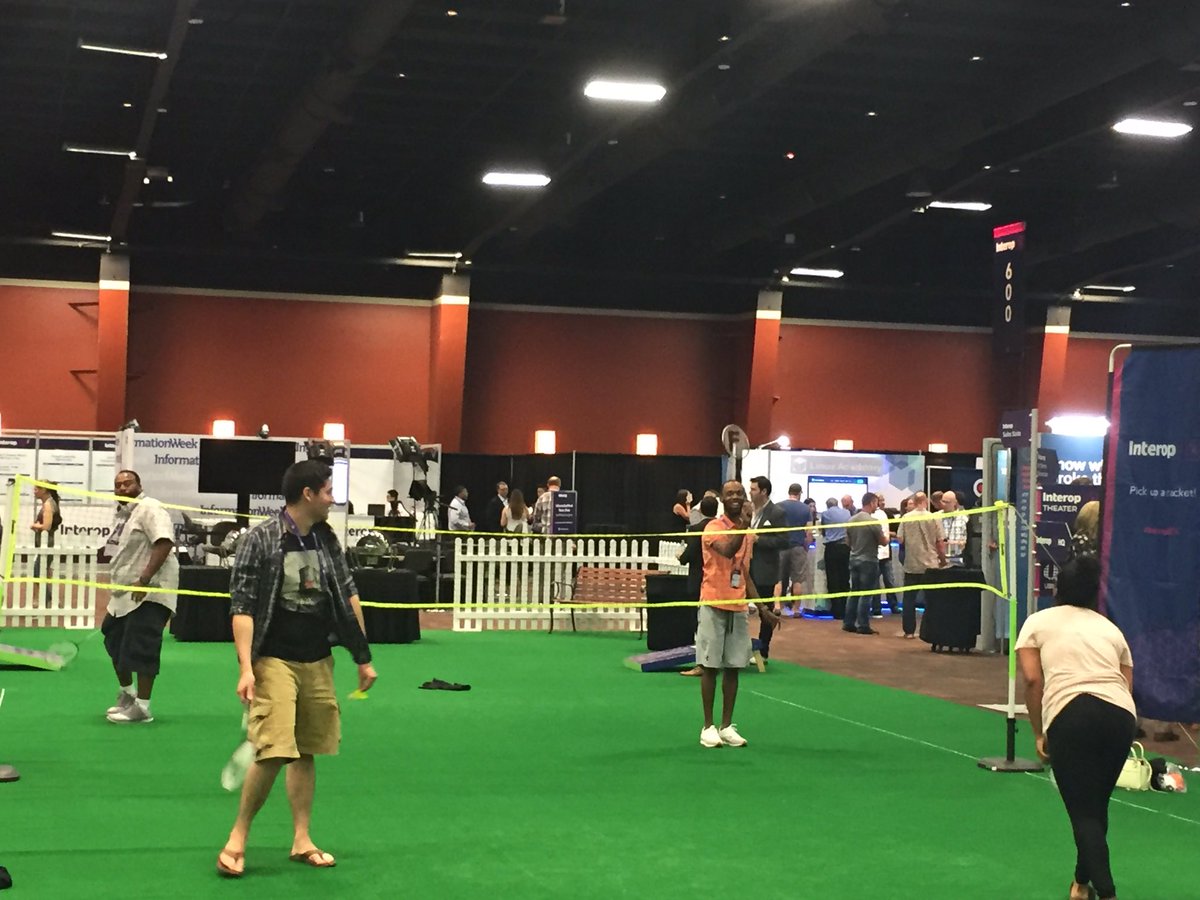